On TEAMWORK: The Imperative and Reality of TEAM in Today’s Business World 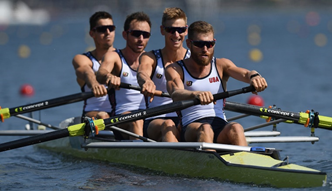 We’ve all heard that TEAM is an acronym for Together Everybody Achieves More, which is a fine description. We’ve also heard that there is no “i” in TEAM, which is actually a misnomer; in fact, the “i” is hidden in the A hole…

There’s a lot of rhetoric around teamwork…  In its simplest form, teamwork is an activity in which members of an organization come together to work toward a common goal or set of goals. Every day, we are exposed to popular examples of what has become the common ideals of teamwork: football teams, basketball teams, baseball teams. In business, we see project teams, executive teams, and leadership teams. Yet, there’s also another unfortunate paradigm that’s typically consistent with these models: individualism.

Many people who WANT to play as team players SAY that they do, but don’t actually do it. We’ve seen team leaders paint a great picture of how they’re “in it for the team,” but are primarily driven toward ego aggrandizement, default to having power over their teammates (versus empowering them), and are afflicted with a scarcity mindset, which leads to team corruption, fostering a dysfunctional culture.

In today’s ever-evolving business climate, the ideal of teamwork to accomplish a business mission remains an imperative, yet the model of effective teamwork has become increasingly illusive. The image and reality of team in today’s athletic and business arenas shows a few key performers being recognized and excelling beyond the rest of the team, like one particular football quarterback or basketball center; in business, we see a particular CEO or other business leader being skylined above and beyond his/her team.

But that’s not what true teamwork is about. TRUE teamwork is all about pulling your oar, fighting the fight, or conducting business, with the common understanding that it’s not for YOUR sake that you’re doing it, it’s for the best interest of the team as a whole. We’ve found the most effective team leaders are inherently the most humble ones.

The foundation of every great team is leadership that provides direction that energizes, orients, and engages its members. Teams also need the right mix and number of members, well designed tasks and processes, and norms that discourage destructive behavior and promote positive dynamics and performance.

According to Forbes, “The leader is not intimidated in the least by the competence of his or her team. Rather, a robust, confident leader involves his or her colleagues in a conversation concerning exactly what high production and superior performance look like, and what is required to perform and complete the task.”

High-performing teams include members with a balance of skills. Every individual doesn’t have to possess superior technical and social skills, but the team overall needs a healthy dose of both. Diversity in knowledge, views, and perspectives, as well as in age, gender and race, can help teams be more creative and avoid groupthink.

A military fireteam is an example of an ideal team structure and culture. A fireteam is a small military sub-unit of infantry designed to optimize tactical doctrine and performance in combat. Depending on mission requirements, a typical fireteam consists of four members, each having a specific responsibility. The role of the fireteam leader is to ensure that the team operates as a cohesive unit. Oftentimes, it’s difficult to distinguish who the actual fireteam leader is, especially in tactical activities. In the military, the unit wins, not the individual. 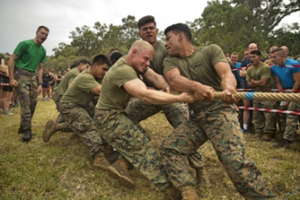 A competitive rowing crew is another example of pure teamwork. When the boat crosses the finish line, ALL of its members cross the line together. There is no glory for one individual team member.

Here are Nine Rules and Requirements for Effective Teamwork:

Understanding the different personality dynamics of oneself, and of each individual team member. This can be done through personality profiling and assessments. The Myers Briggs Type Indicator (MBTI) provides some key perspectives on behavioral habits and conditioning, and the DISC profile (and many of its derivatives) also provides key perspectives on individual strengths and weaknesses, and how they can be best applied to a specific team environment. 360 assessments also serve as a great reflection on how people show up in specific settings, based on how others perceive them.

The key with these profiles is to actually DO them, and apply the results. Too many people will do a profile, understand the results, then not actually apply these results to truly optimize their performance. It important to dissect ones self and the team’s personality and behavioral characteristics, applying them to be aware of and focus on optimizing team performance.

Trust is an interesting concept; it’s really about predictability. You can trust your enemy to work in opposition to your interests almost every time. Here is the question you need to ask: can you trust that your team mates will deliver what was promised? And can your team members trust YOU to do the same?

We are all human beings. It’s important to remember this as the team is being tested. We all have conditions and paradigms that have shaped up and allowed us to become who we have become, many of which are beyond the understanding of others. So it’s important that we respect one another’s situation – whatever that situation may be, where or not we completely understand it – and allow others the grace to live through their paradigms.

Respect is also about the platinum rule: “Do unto others as they want to be done unto.” If you only go so far as the Golden Rule, you’re doing unto others based on your projection of what you THINK others want, which may not be the truth of how others want to be done unto. In other words, even (and especially) in the face of conflict, maintain your bearing, and don’t condescend others. It’s important that you be aware of how your behavior may come across as condescending, and check in down before it is acted out.

Teamwork is NEVER about YOU, even if you’re its leader! If you are ever feeling grandiose and want to take credit for the achievement of an objective, remember this rule…

An overbearing team leader or personality clash between teammates can stifle progress and bring productivity to a halt. In today’s culture, it seems that an example of success involves having power OVER other people, when in fact, all this does is shut people down and paralyze them against effective communication and productivity. Realize that in hand-to-hand combat, the more powerful force most often wins, but this is not the case in intellectual engagements. An overpowering attitude only serves to paralyze people, who often just succumb to the power-monger’s overpowering behavior.

The typical, unfortunate paradigm of thought in society involves scarcity. Resources can be scarce, time can be scarce, and money can be scarce. But there is NEVER a scarcity of collaboration. It’s important to see your ability to integrate as a team to be an abundant ideal, separate from the conditioned paradigm of scarcity which can often exist in economic and business scenarios.

Nobody is entitled to anything! Neither athletic teams nor businesses are entitled to victory; it must be earned through discipline, diligence, and commitment. An entitlement ethic is like acid to the progress of a team. It eats away at the team’s essence, and strips muscle from bone.

Accountability is the linchpin associated with this rule. Everyone on the team (especially the team leader) must expect to be held accountable toward doing what the team agrees must be done to achieve its objectives. The leader must consistently set the example of team play, win-win, and doing MORE that is expected, thereby fostering the example of impeccability in performance.

Effective teamwork has never been easy, and in recent years it has become much more complex. And the trends that make it more difficult seem likely to continue, as teams become increasingly global, virtual, and project-driven. Taking a systematic approach to analyzing how well your team is set up to succeed – and identifying where improvements are needed – can make all the difference.

For more specifics on how to create and optimize a top performing team, go to www.GPSBusinessGroup.com . You can contact the author at csteely@gpsbusinessgroup.com .